Pity Party for One

I ran Monday, two miles in 17 minutes and 2 seconds.  It felt great, it felt so good!  Then my kids wanted to bike with me so I decided to run while they biked, it would only be for a mile.  Bad choice, two thirds of  a mile in my foot started to hurt and I ended up walking most of the way back home. 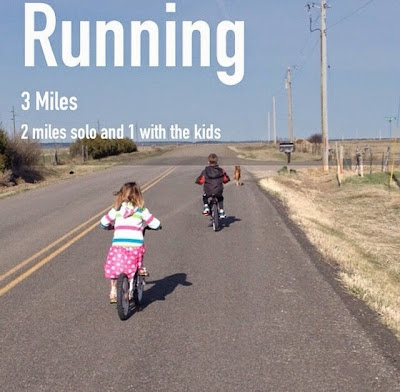 It kind of took the wind right out of my sails.  I just rested it for two weeks!  I did do other things like rowing, cycling, elliptical and yoga,  but none of those things bothered my foot.

I was feeling pretty down about it yesterday and on my way home from work I was having a bit of a pity party for myself.  I mean can't I catch a break here somewhere?  I may have cried a little in my car.  It did make me feel better.  Crying is actually healing.  Then I read Kara's lament about not being able to run and felt better.  Misery loves company right?

Since I had some time before the kids got home from school I did 20 minutes on the rowing machine followed by 28 minutes of HIIT.  I was wiped when I was done, but I knew steak was for supper so that kept me moving!


Plan.  Have my foot looked at again, clearly it is not getting better.  No running again. Probably going to DNS my Mother's Day weekend race.  This is what breaks my heart the most.  I wanted this race so bad, it meant so much.

and in other news, there were some dark chocolate covered cinnamon bears at work yesterday. 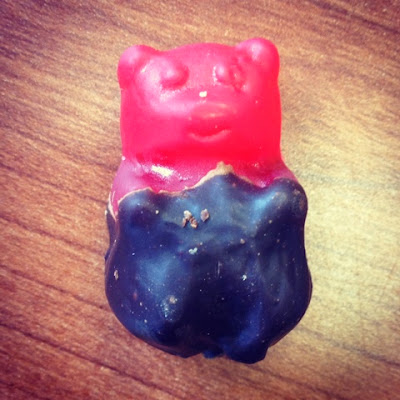 I like both of those things but I do not like them together,  chocolate and gummy things do not mix.
What about you is it a yes or a no?
Posted by Christy @ My Dirt Road Anthem: A Runner's Blog at 5:06 AM