Weekends fly by don't they.  I had to go to work on Saturday,normally I don't work weekends, but we started doing invitro fertilization at the surgery center a year or so ago and when eggs need to be harvested they need to be harvested and when embryos are ready to be implanted they need to be implanted. They don't quite understand the Monday through Friday concept.  It is so neat to get to be in on hopefully helping start a family.

I am sure Cola was disgusted since Saturday was also the most beautiful day ever, sunny almost 50, and not windy!  I didn't run though since my mileage was already pretty high (for me lately) for the week.
I did take him out for a run yesterday.  It is melting snow everywhere and so the roads are getting muddy.  Since I am not running for speed or time I decided to play with the self timer camera app on my phone.  It's way harder than I thought to get a cool running photo with it.

I did capture mud flying as I ran over the phone 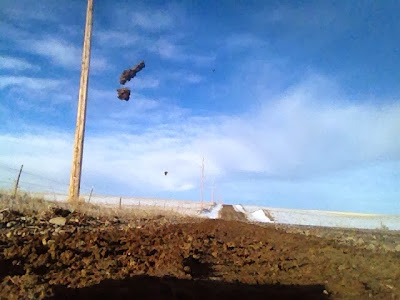 Kind of a neat picture 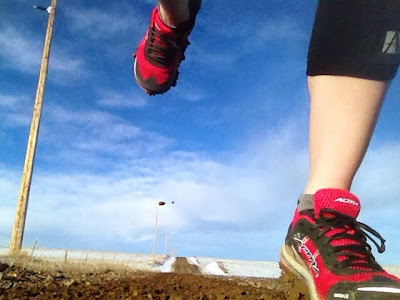 and Cola and I in the distance.  They aren't the best photos, does anyone know of a camera timer app that takes great photos? 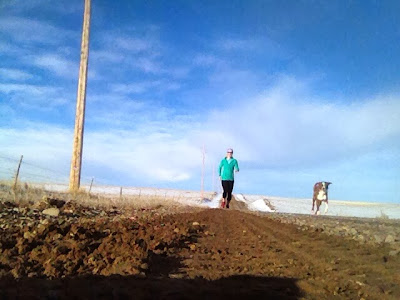 My dog would also like it known he really kinda hates to take selfies with me, he would rather look anywhere than at the camera. 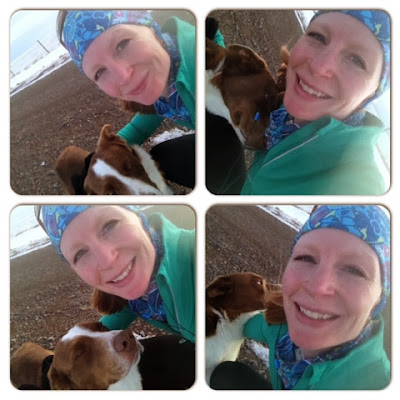 I also cleaned the fridge and finally replaced the burned out light bulb in it.  My son looked in the refrigerator and said "wow, it's all new"!  No, I just cleaned it! Apparently it was overdue.