The run with the bear

My plan was to get up super early and run.  I wanted half a cup of coffee and some toast before I scooted out the door at 4:30, but then I forgot to put the grounds in the coffee filter and all I made was hot water.  Argh.

So I put more water in the coffee maker and added coffee grounds this time.  Then my husband was up early and I decided it was nice just to enjoy some coffee with him and watch the sun come up while we chatted.  He has been super busy lately and I feel like I haven't seem him too much.  Then my son got up and said "Momma" (they way he says it melts me every time) "can we play some rummy" I decided why not.  I didn't really have enough time to get in a long run anymore before my husband had to go rake hay.

I switched to plan C and played rummy.  My Mom said she would take the kids while I ran so down the hill we went.  I decided to run a loop from my parent's house.

It was a tough route, nearly two miles of constant up up uphill right away and then gradual uphill for another 5ish miles before I started on the downhill slide. I ran through a field full of grass and these little blue flax flowers. 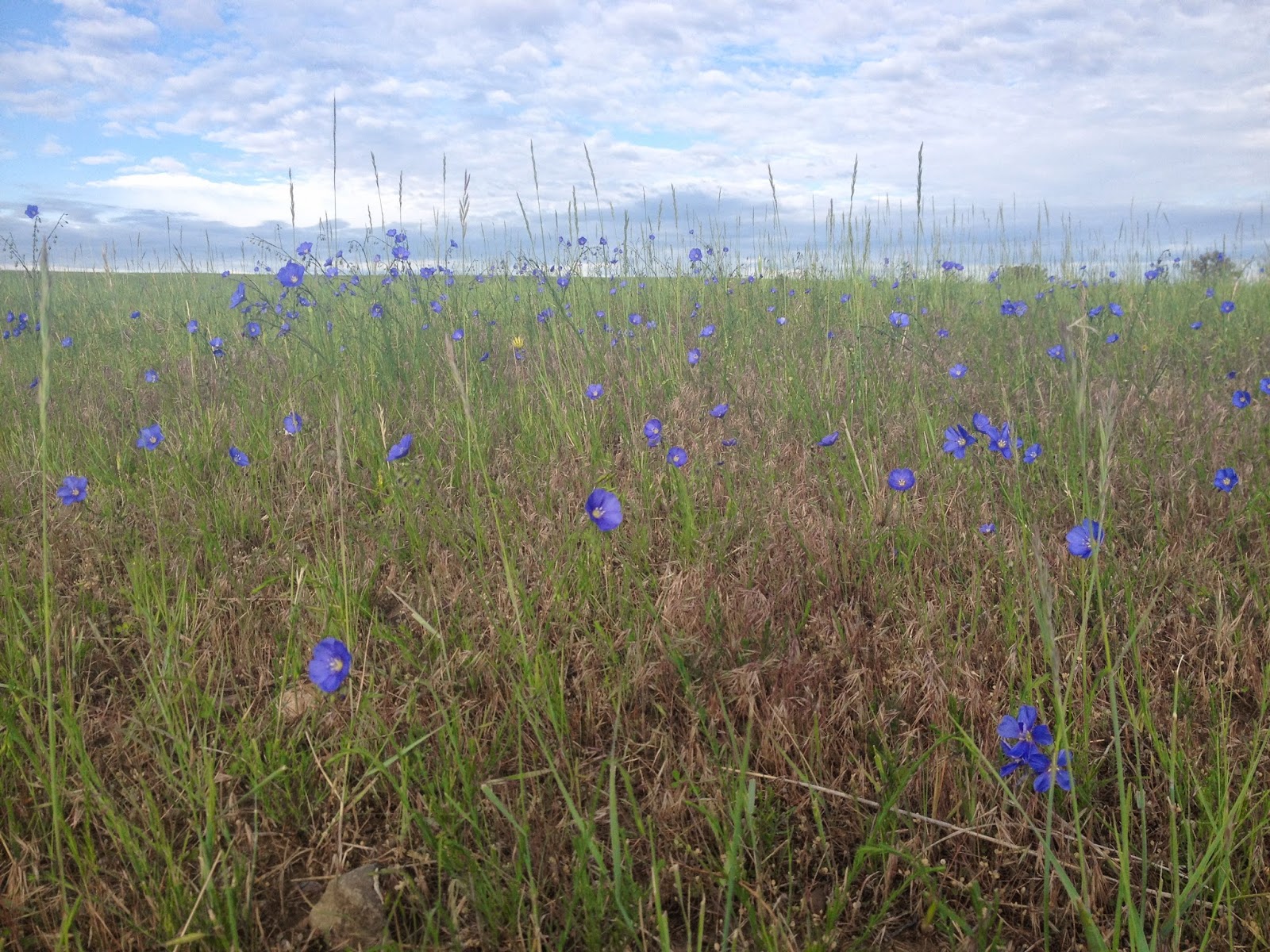 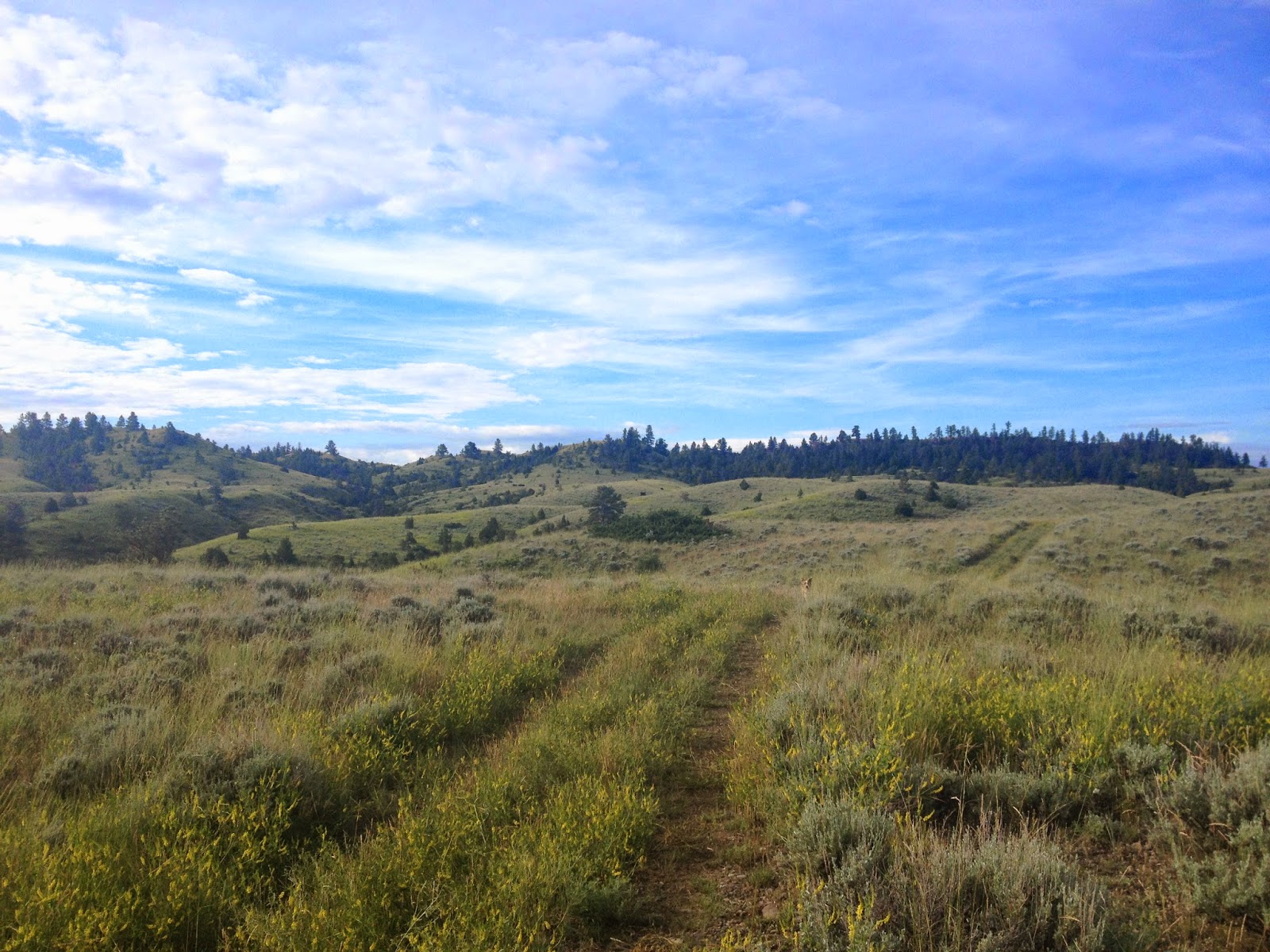 Through some yearling heifers. These can be compared to teenagers.  Very curious and like to run in packs 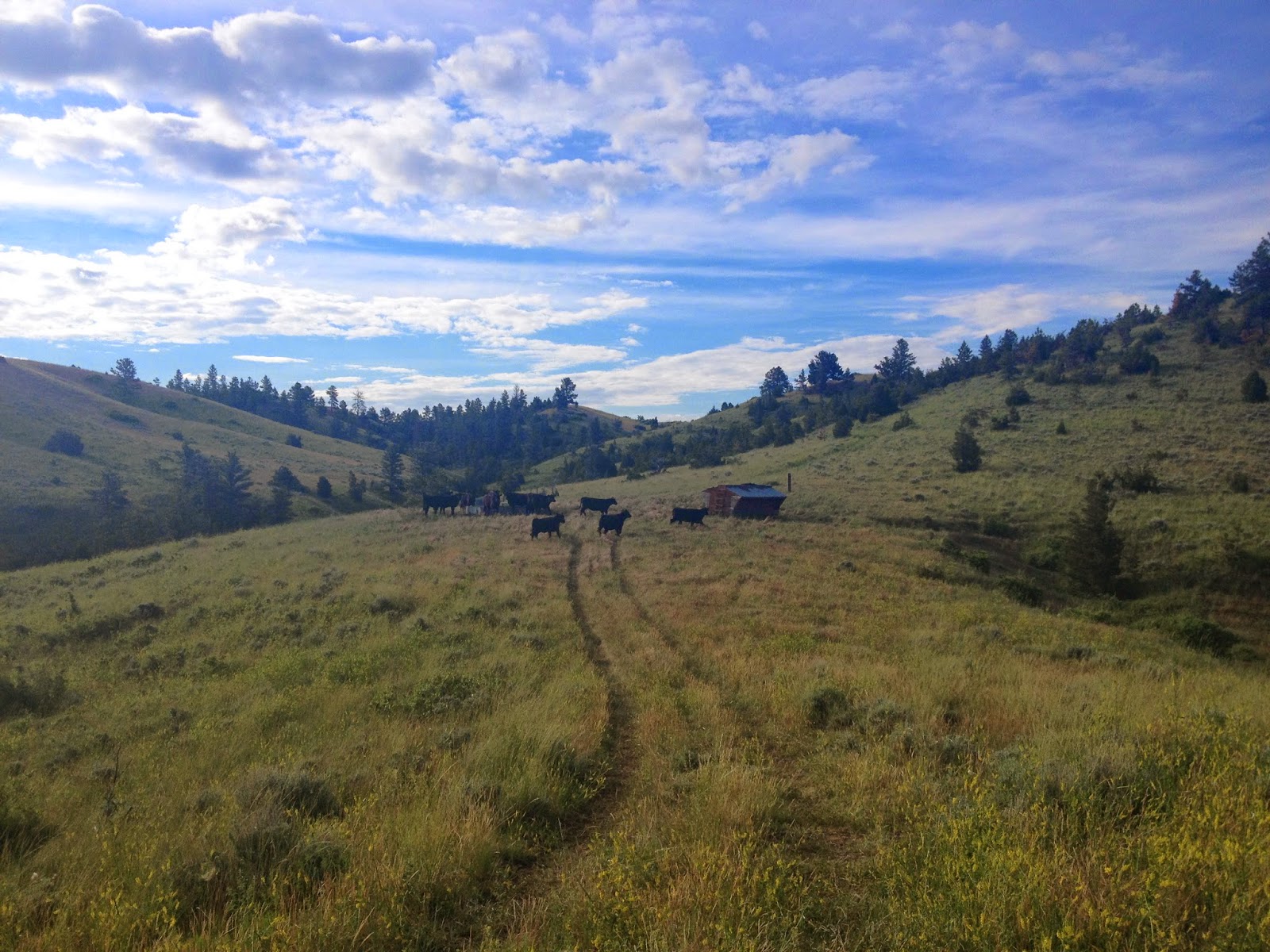 Cola enjoyed the full water tanks along the way. 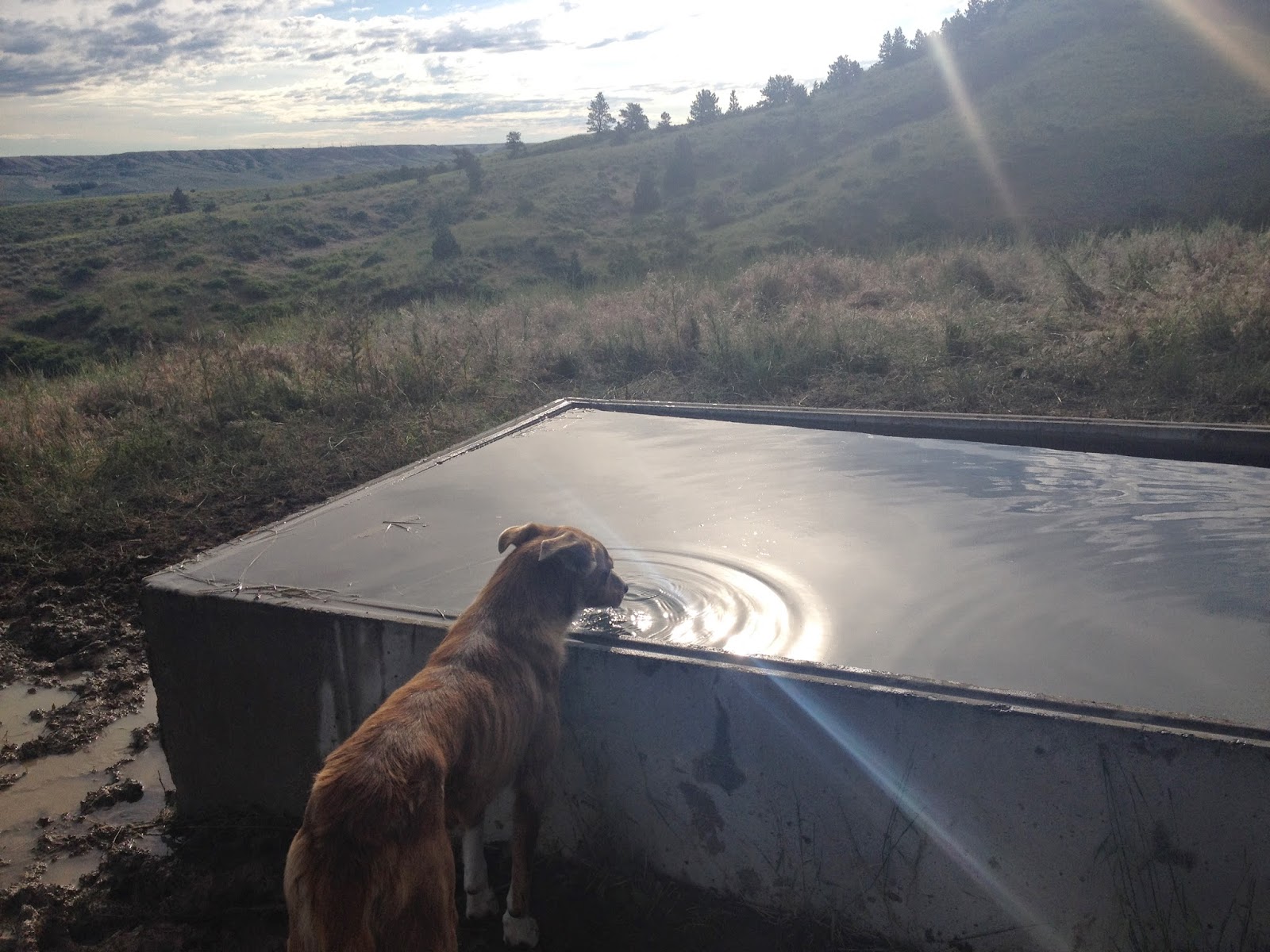 About 8 miles into the run I saw something black up ahead ambling along.  There weren't any cows in the pasture I was running in and it wasn't really ambling along cow like.  I stopped and walked a bit and it didn't take long to figure out it was a small bear.  Although it doesn't really seem to matter how small or how big the bear is when there is nothing but grass and sage brush between the bear and I.  He seemed to double in size as I pondered this.

He didn't seem to notice me at this point so I just let me continue to amble along down the road ahead of me.  After a bit he got off the road and headed down a hill towards a small water reservoir.  Eventually I couldn't see him anymore so I veered wide and started running again all the while trying to remember the best thing to do in case of a bear attack.

﻿
About a quarter miles later I looked over and I could see where he was traveling along a fence about a quarter mile away.  Then it happened.  He saw me too. He stopped, he stood up and stared at me for what felt like forever.  I stopped running and ducked down.

Sorry in a moment of utter blogger fail, this is the best picture I have of the bear.  Can you see him standing up staring at me near the bottom center of the picture?
He started running towards me.  AACCK!  It didn't take long before he was out of sight so I started running again with a rock in hand.  I kept looking over to see if he would come up over the side of the hill, but figured he wouldn't.  I couldn't be that interesting.

He came running over the side of the hill straight towards me.  I stopped running.  He stopped too and then ran back down the hill out of sight again.

I waited and waited.  No bear.  I called my Grandma, who was the closest person to where I was although still three miles away.  I asked her if she could please come up the hill and get me.

I started running again, hoping the bear had got enough of me, but nope he came running up over the hill again and ran parallel with me for a bit, then I got my senses back and stopped running.  He stopped too and just sat staring at me before heading back down the hill.

I feel like he was just curious and playing with me. Once I started running again up over the hill came the bear again!  I tried to call my mom, no answer, my husband, no answer.  My sister finally picked up and the sound of my voice talking loudly to my sister scared him off again

I made her stay on the phone with me and started running again.  Thankfully Mr. Bear decided he was done playing with, but I still hopped in when my Grandparents got to where I was.  I got out after 2.5 half miles and finished my run for a total of 13.34 miles.

Only one more long run and 19 more days until the Missoula Half Marathon, which is now sold out!!

Have you had any crazy wild animals encounters on a run?
Quick.. what to do if a black bear charges, besides call your grandma for an extraction?  All I know is don't run.

Posted by Christy @ My Dirt Road Anthem: A Runner's Blog at 5:32 AM